The Hackers Using Cliches of Mr. Robot and TalkTalk

Typical stereotype hackers who lack in self-confidence and smooth social skills is not likely to succeed in the modern hacking field.

A teenager allegedly broke into TalkTalk website recently. This week’s tabloids were awash with news on how this teenager hacked into the website raising the now common sentiments that it must have been an antisocial, reclusive young male.

However, experts are fully aware that stereotyping is the main problem the industry is facing – hackers are a now more complicated that before.

Many people strongly believe hackers to be antisocial, lonesome deviant beings who are highly intelligent but with an invasive entitlement. A good example is one of the children who was reported in the British tabloids of having been arrested for the hacking into the rather leaky servers of telecommunications provider TalkTalk. The intention of the child was to get access to the personal data of the website’s customers.

He is a baby-face loner who almost never leaves his bedroom according to Daily Mail. The boy according to The Sun lives in Ballymena, Northern Ireland with his single mom. The tabloid added that the boy suffers from attention deficit hyperactivity disorder as well as other learning disabilities. Just like most teenagers, he is an enthusiast of video games. According to a neighbor who was interviewed by The Mirror, the boy is quiet and shy and oftentimes could be seen with his skateboard.

According to many people who stereotype hackers, there are two types of hackers who are usually young males. The first group of hackers includes those teenage hackers who can hack into websites of conglomerates and multinationals forcing them to go offline for hours and at times a day or two. The other group of hackers includes those that have a masterful shadowy criminal attitude. They are able to sift through the internet and gather hidden or personal information for their great financial benefit. By analyzing what the media reported, one can tell that the Ballymena hacker boasts of traits from both the stereotype groups but with some mysteriousness of both class and poverty.

The Ballymena hacker is by all means a cyber criminal. However, to a person with basic computer science knowledge he stands out because unlike common hooligans who will do crude stuff, he has some esoteric computer skills. The extent and detail of his supposed crime is hard to decipher for many people save for the experts. Given these traits, it is easy to see why he can easily be considered as a deviant geek who at the same time is shrewd, accomplished but pitiable. People will be keen to see how the personality of another newly arrested teen in West London will be touted as.

The now popular stereotypes of hackers have been popularized by fictional reps of hackers in films and novels. There is Dennis T. Nerdy who happens to sweat a lot in Jurassic Park and who also doesn’t have any moral compass as far as computer ethics are concerned. In ‘Golden Eye’ there is Boris Grishenko who wears specs and portrays a narcissist and shrewd yet coward-like personality. The protagonist in ‘The Girl with the Dragon Tattoo’, Lisbeth Salander is definitely a modern high-tech hacker.

Even though she strives to portray a sleek lifestyle by wearing stylish clothes, you notice that she is an introvert who has a hard time making friends. To put it even better you only need to read what one character in the book says about her – ‘she is paranoid, psychotic and obsessive’. Lastly, there is Mr. Robot where Elliot Alderson stars as a young hacker who joins a rebel group. He is adorable by many standards but he is also depressed, a drug addict, displays anxiety problem, and is often delusional.

Ian Reynolds is a one of the few hackers who have since become security consultants. He works to help improve the security systems of corporations and governments from attacks by cyber criminals. He advises that stereotyping hackers as cool kids who spend endless hours in their bedrooms on their internet connected computers to the ignorance of their mothers is far from the truth.

Ian adds that many people fitting a wide spectrum of personalities are interested in hacking. There is no definite personality that says a person is likely to be a hacker. If anything, social engineering hacking is most likely to be performed by a person who is able to trick people into doing what they want like revealing their passwords, PINs, and usernames. A typical stereotype hacker who lacks in self-confidence and smooth social skills is not likely to succeed in the modern hacking field.

According to Corey Nachreiner who is the chief technology officer at WatchGuard Technologies a firm that specializes in preventing and fighting cyber crime concurs with Ian on the fact that hackers don’t fit in any stereotype category. He says that whether you are talking of a hacker is a positive way or in a negative way, stereotyping is definitely old-fashioned and misleading.

To understand more on how stereotyping of hackers has derailed the work of prosecutors and cyber crime experts read more here. 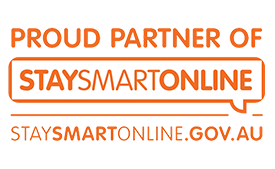